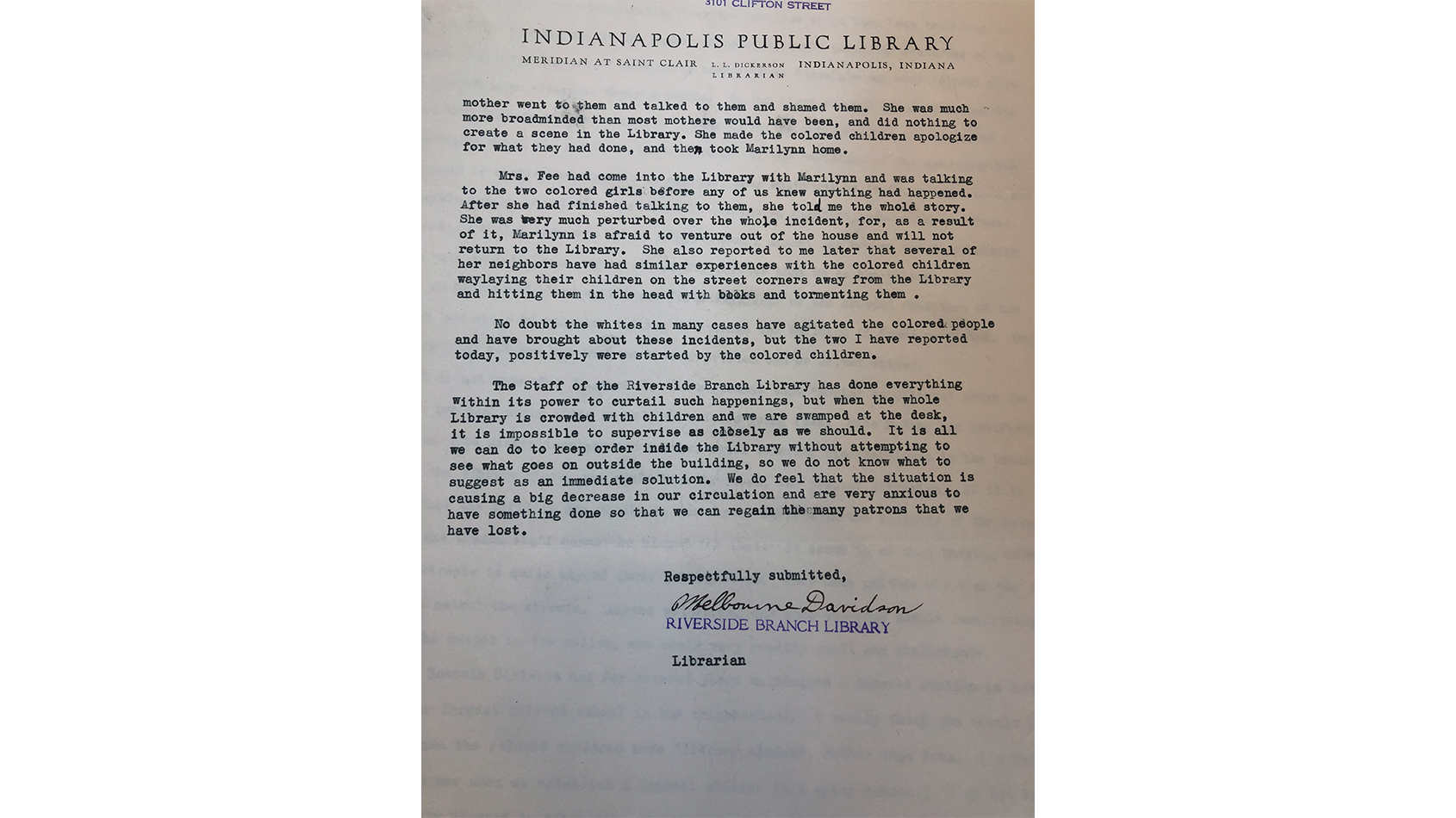 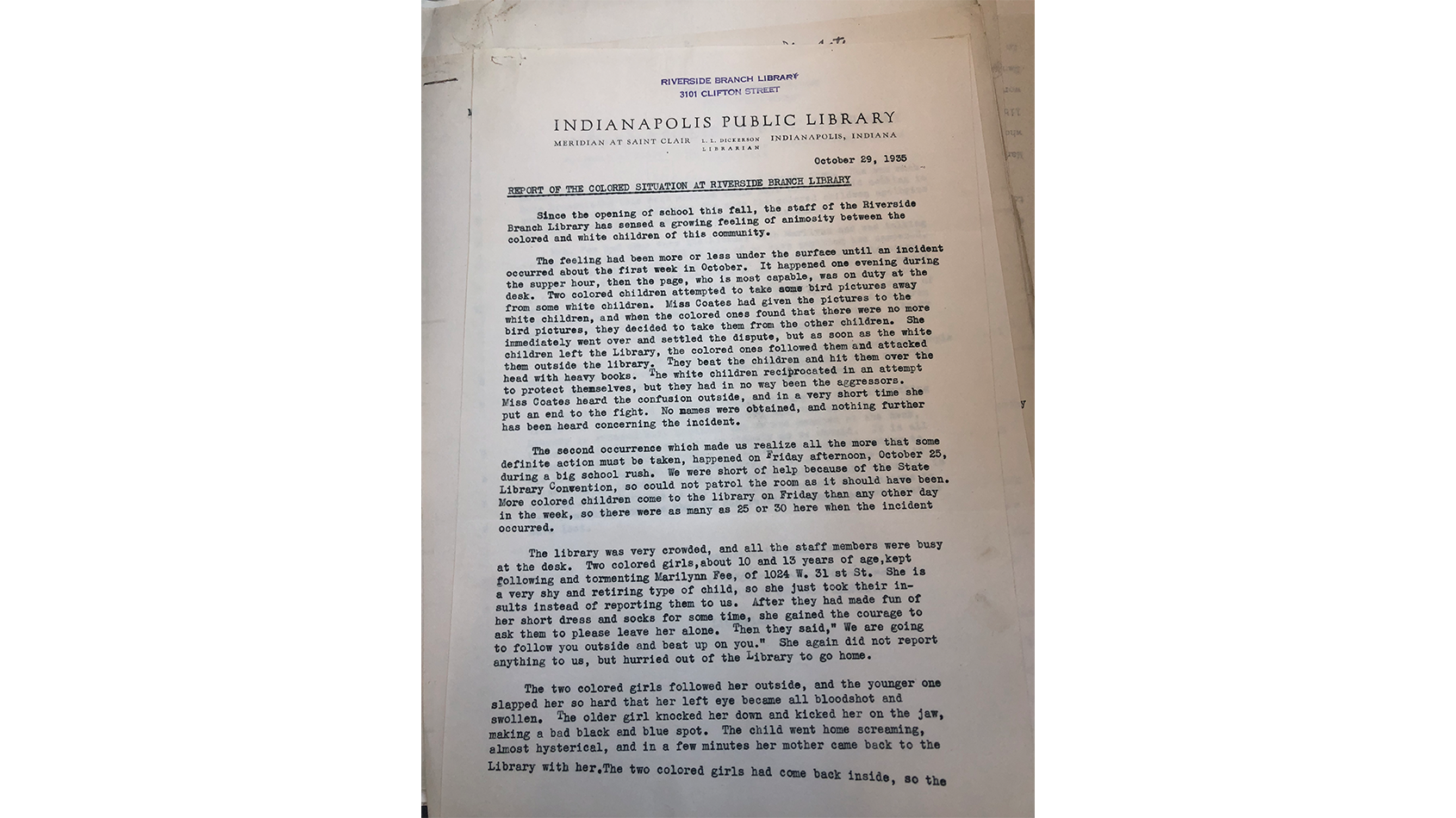 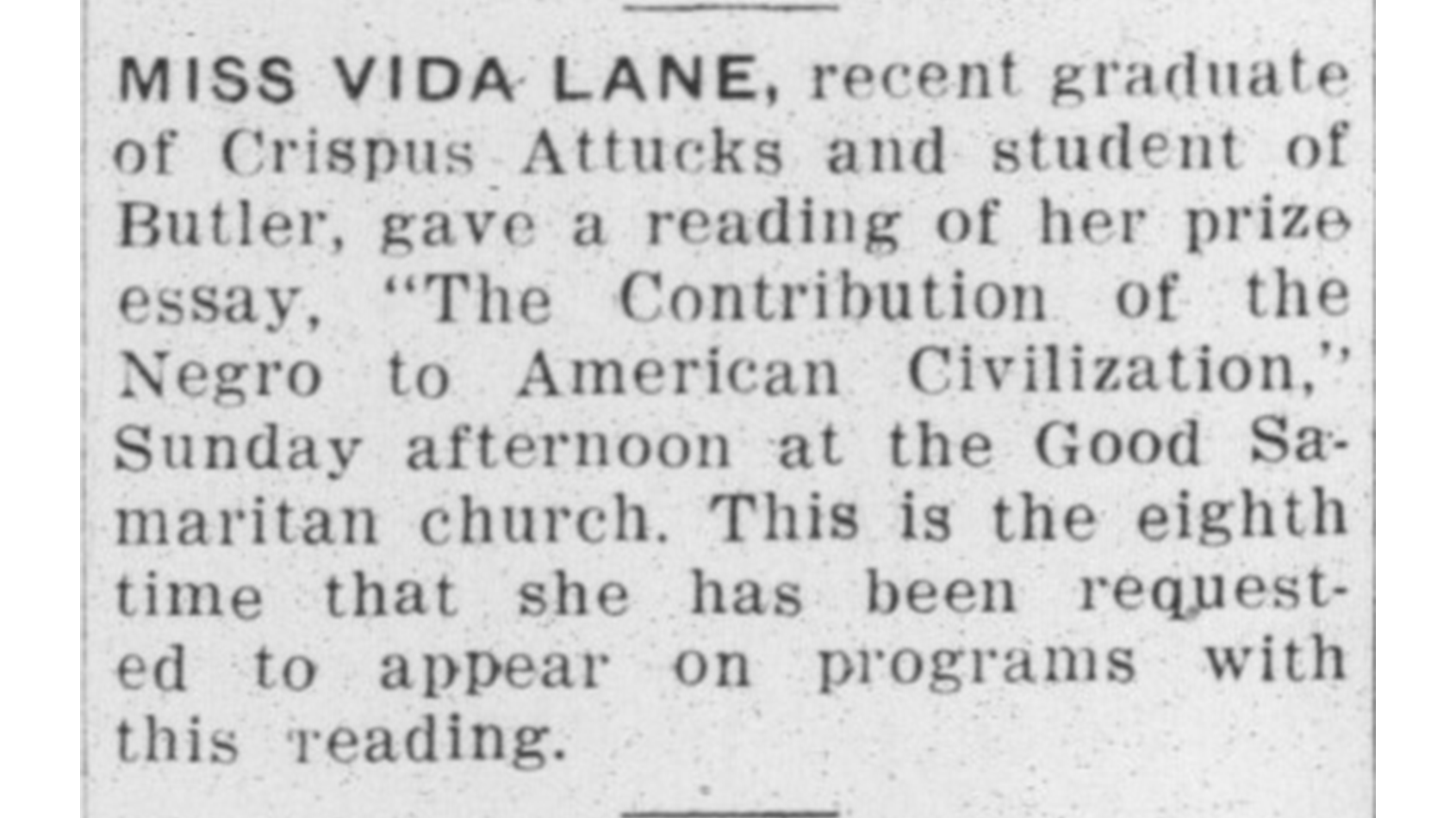 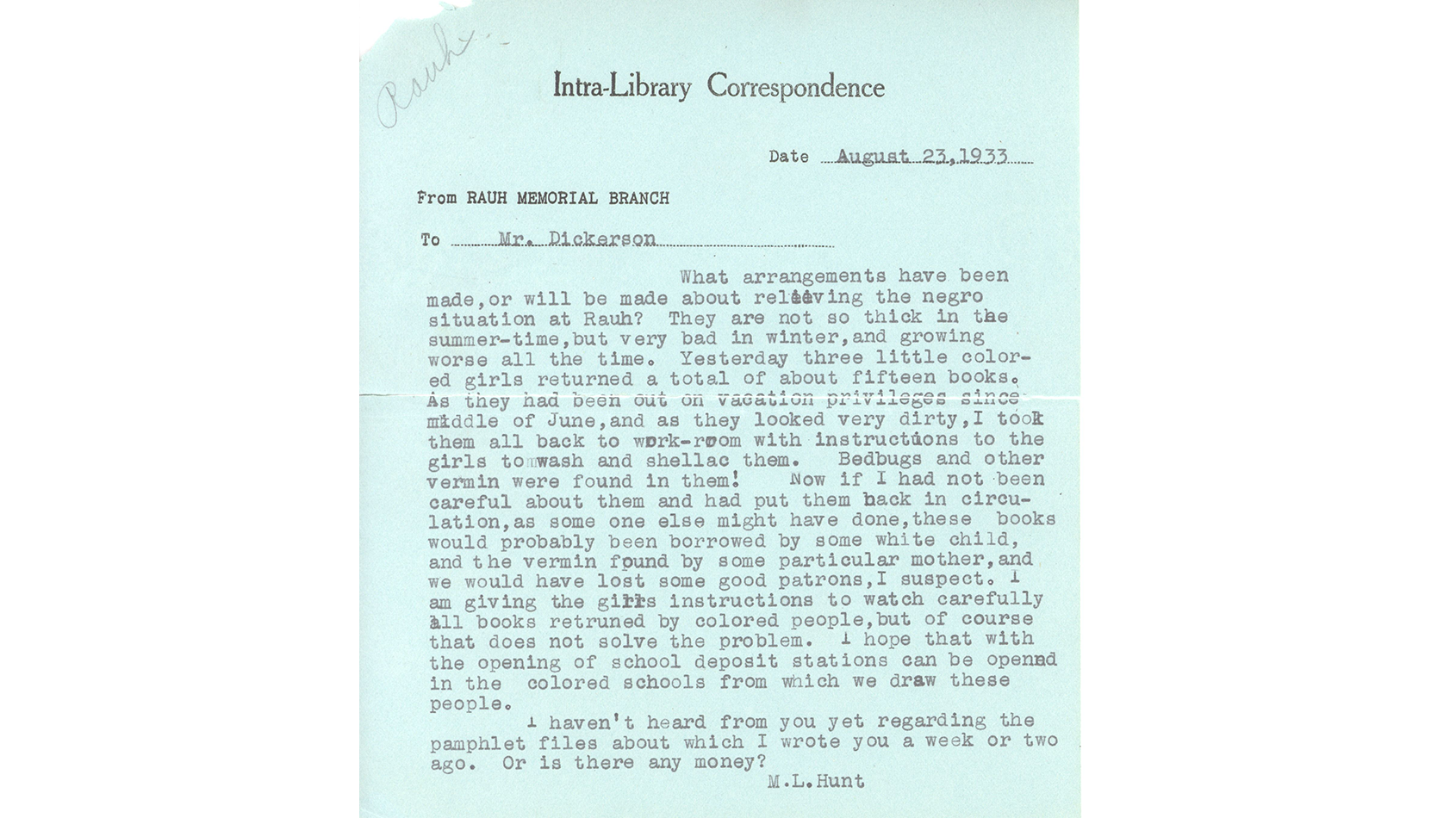 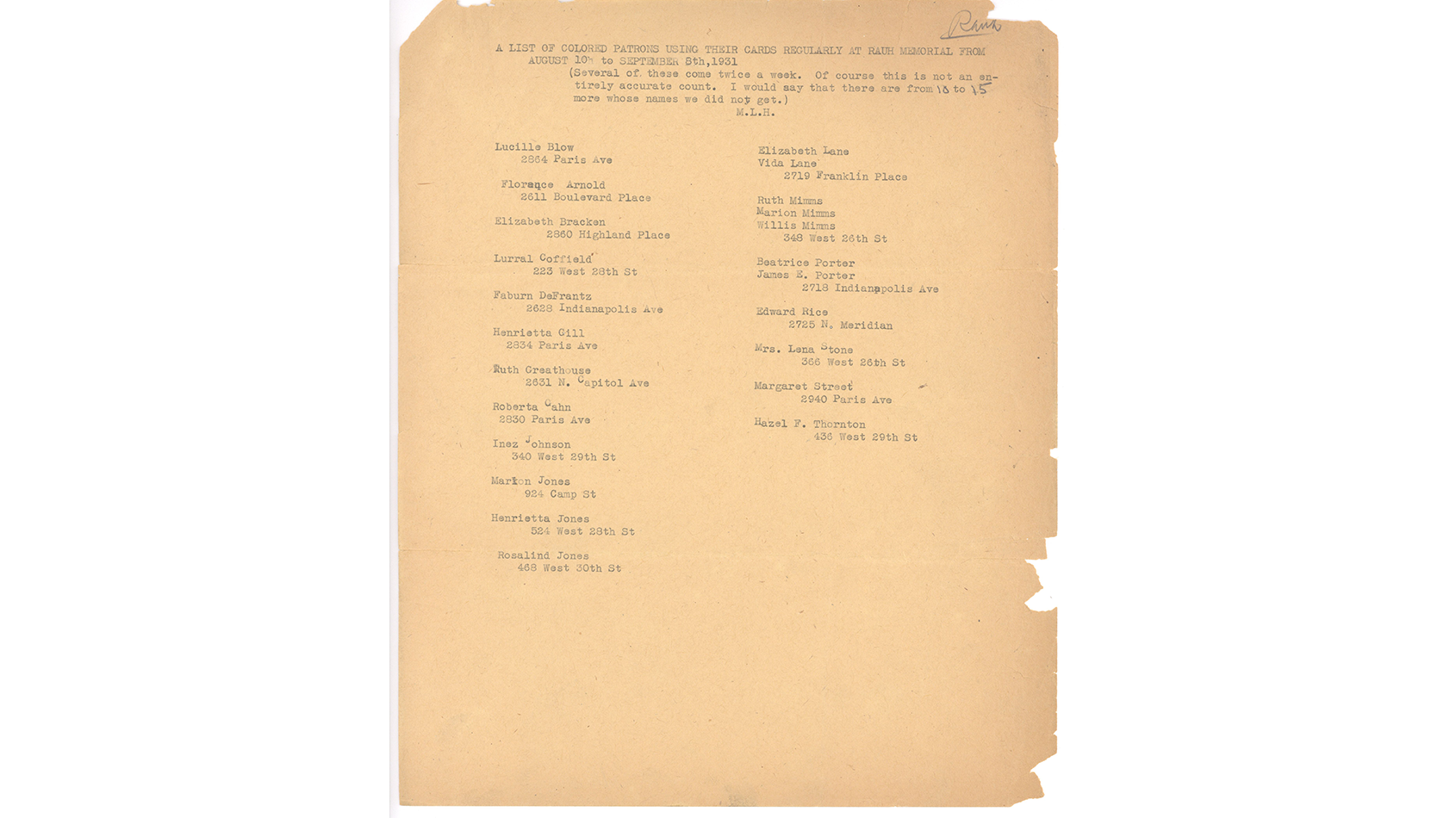 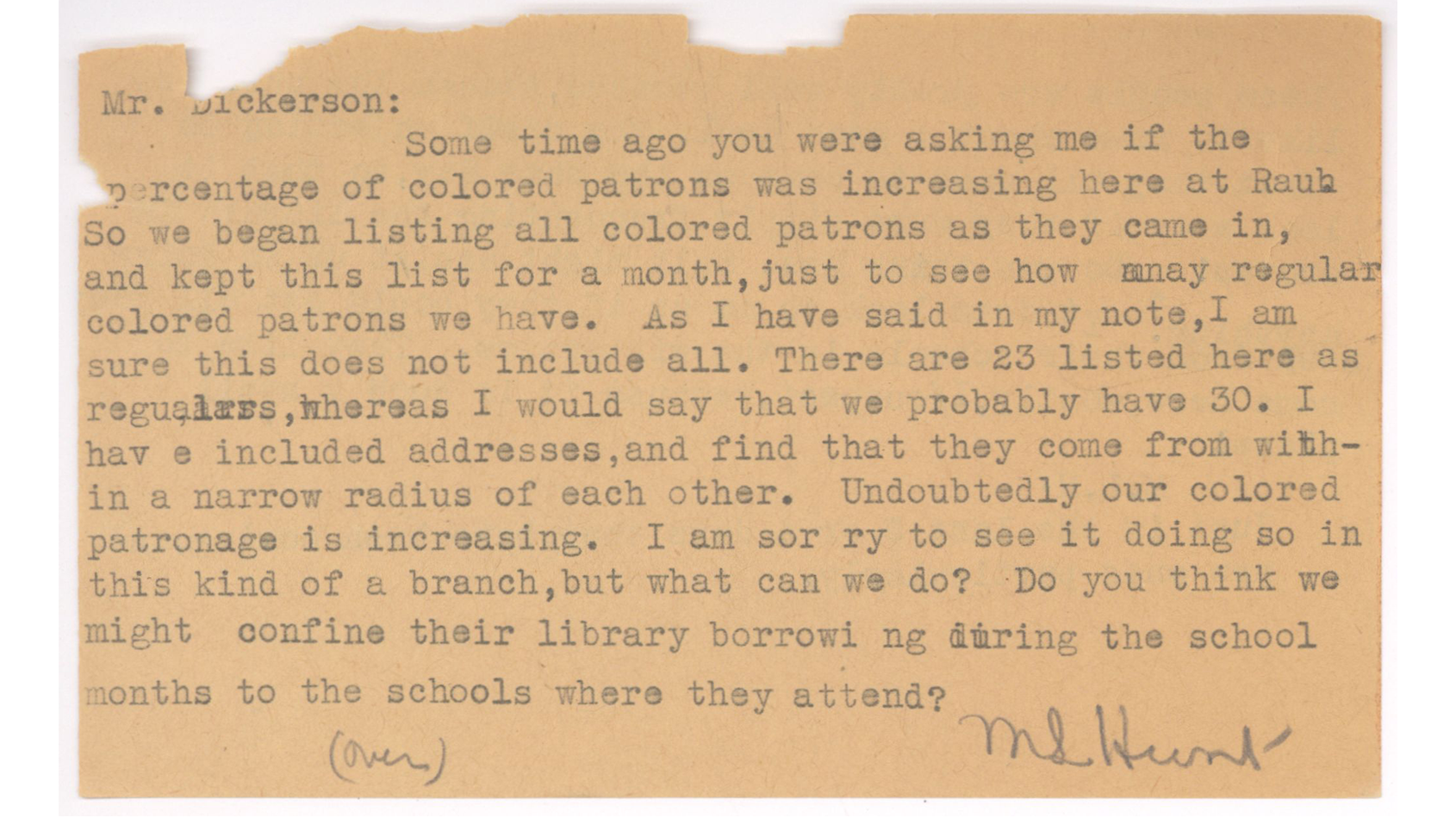 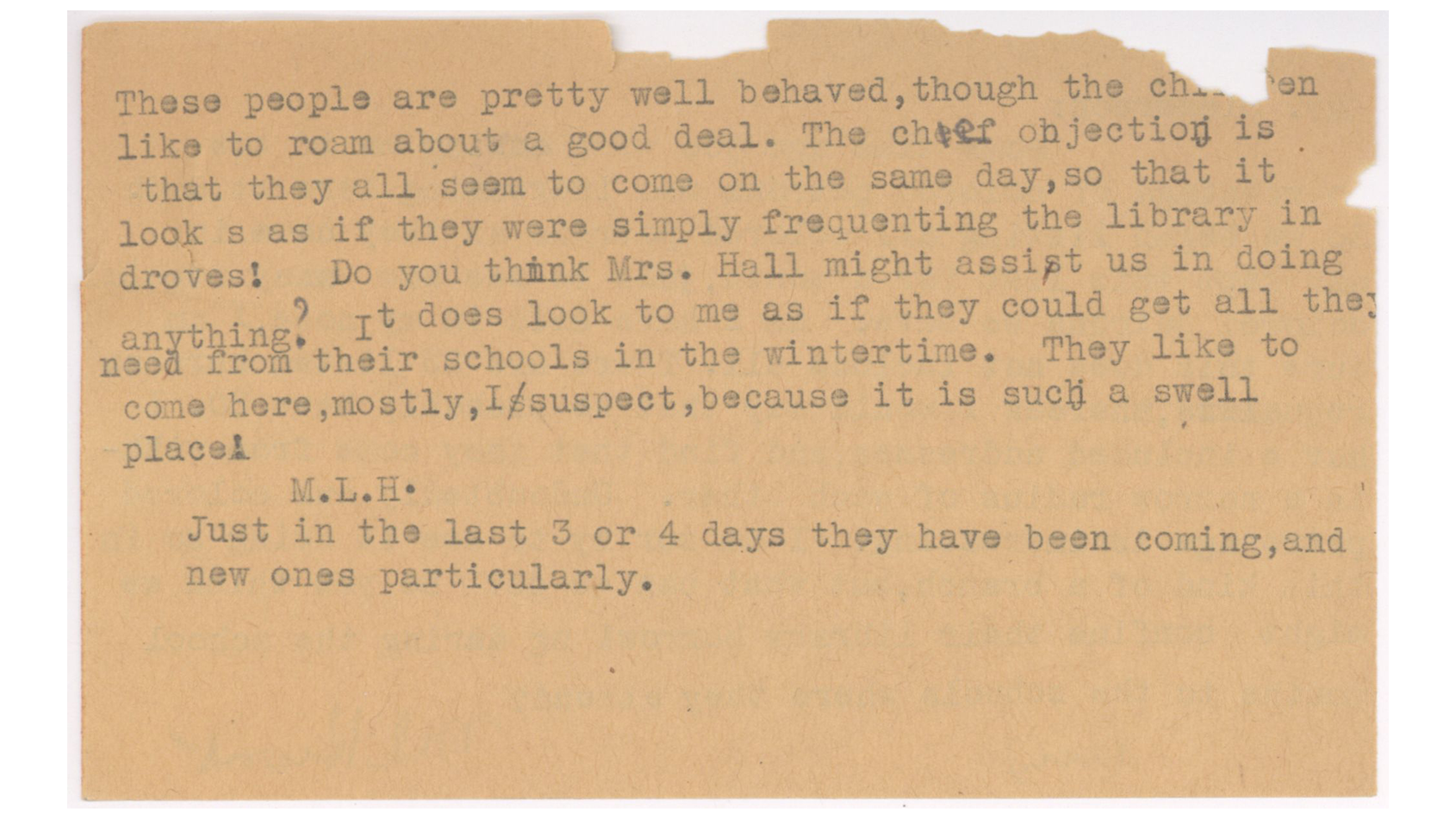 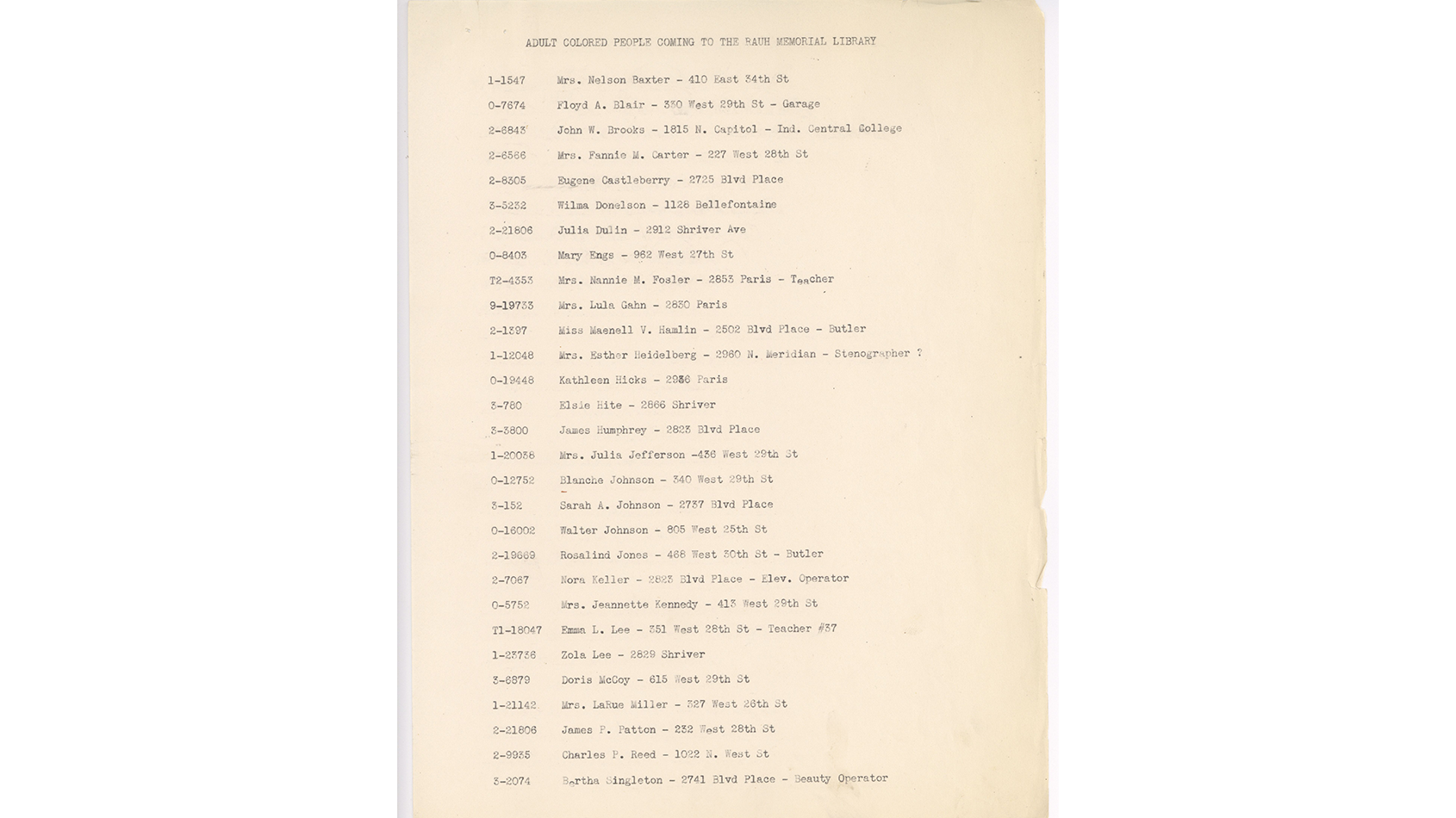 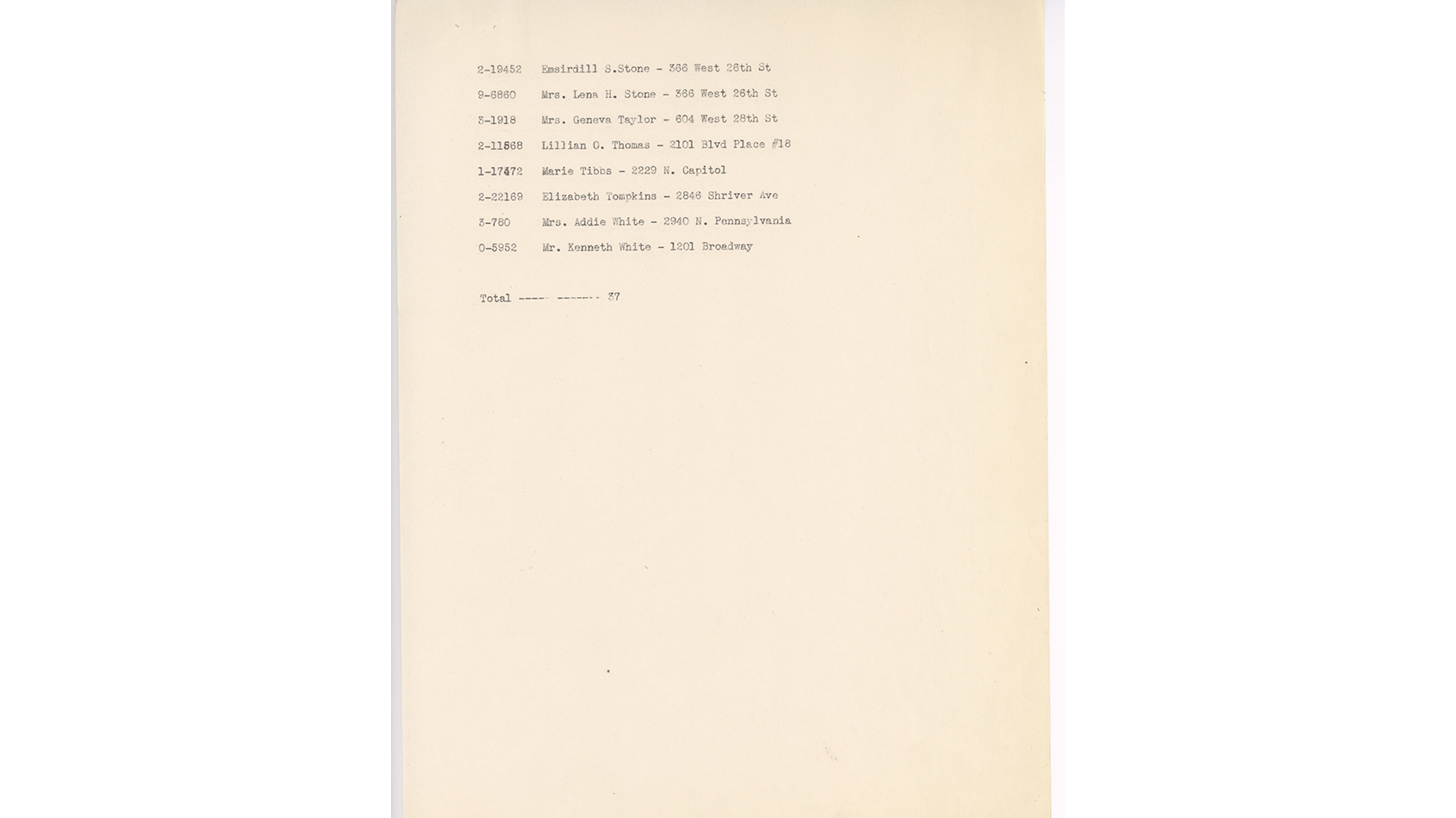 Multiple memos written by librarian Mabel Hunt detail practices that supported segregation at the Rauh Memorial Branch. During this time, the practices of making lists detailing Black attendance at library branches were accepted within library spaces. One of the children listed by Hunt, Vida Lane, went on to graduate from Crispus Attucks High School and Butler University to become an accomplished essayist and work at the Indianapolis Recorder. Her story was no doubt influenced by the treatment her and her peers faced at libraries in her youth.