The Poet’s Process: “Circling the Daughter” 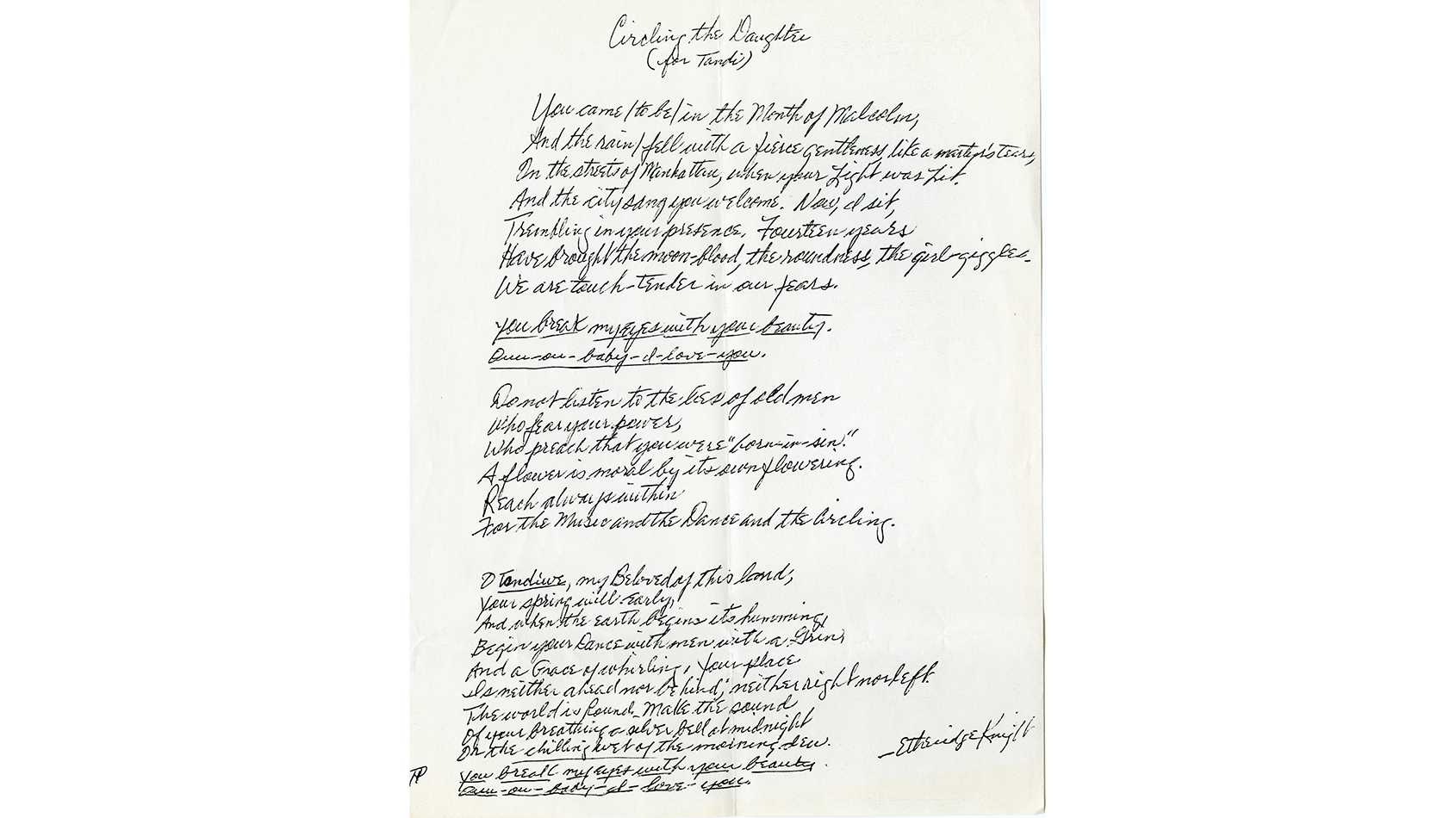 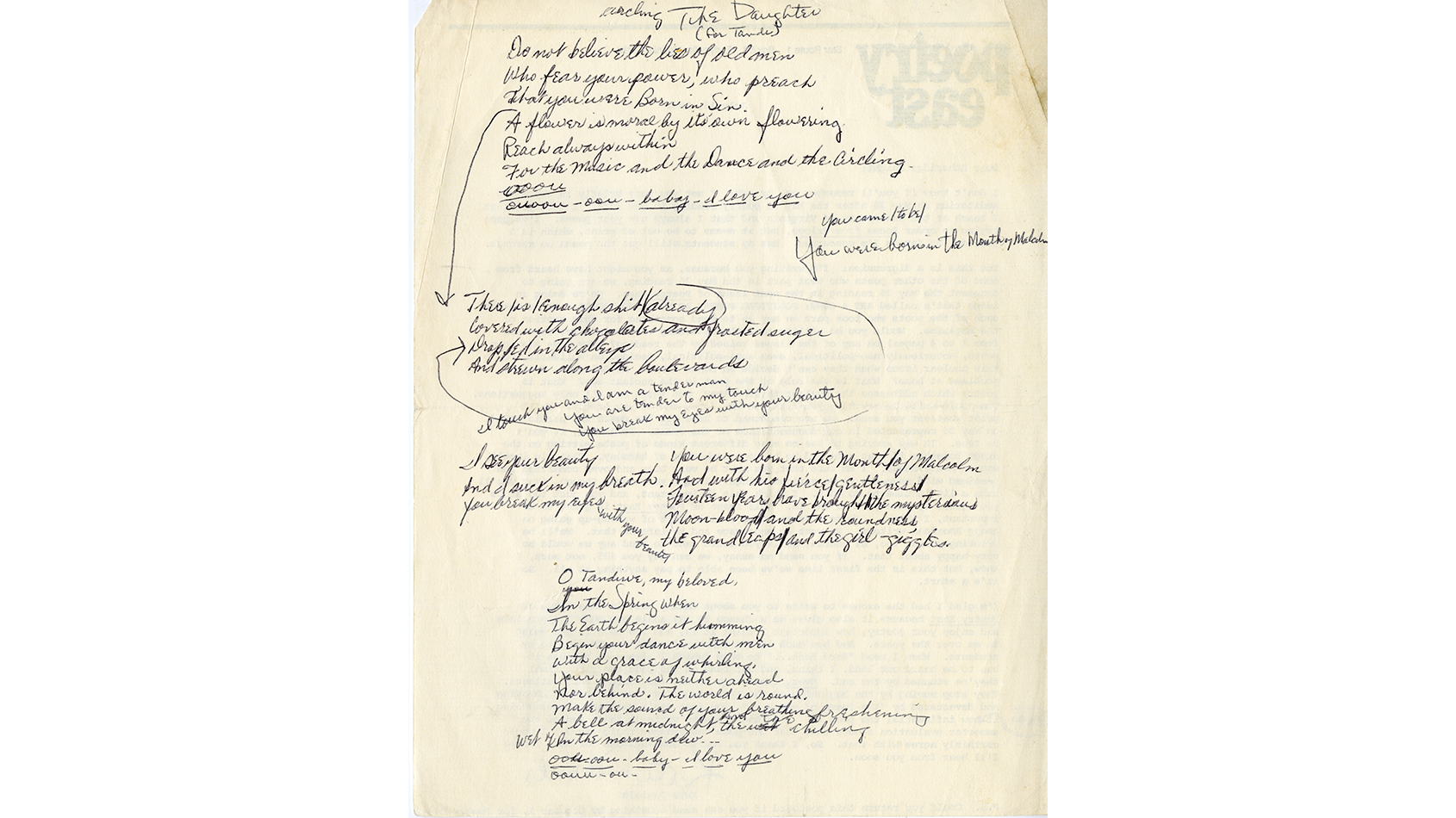 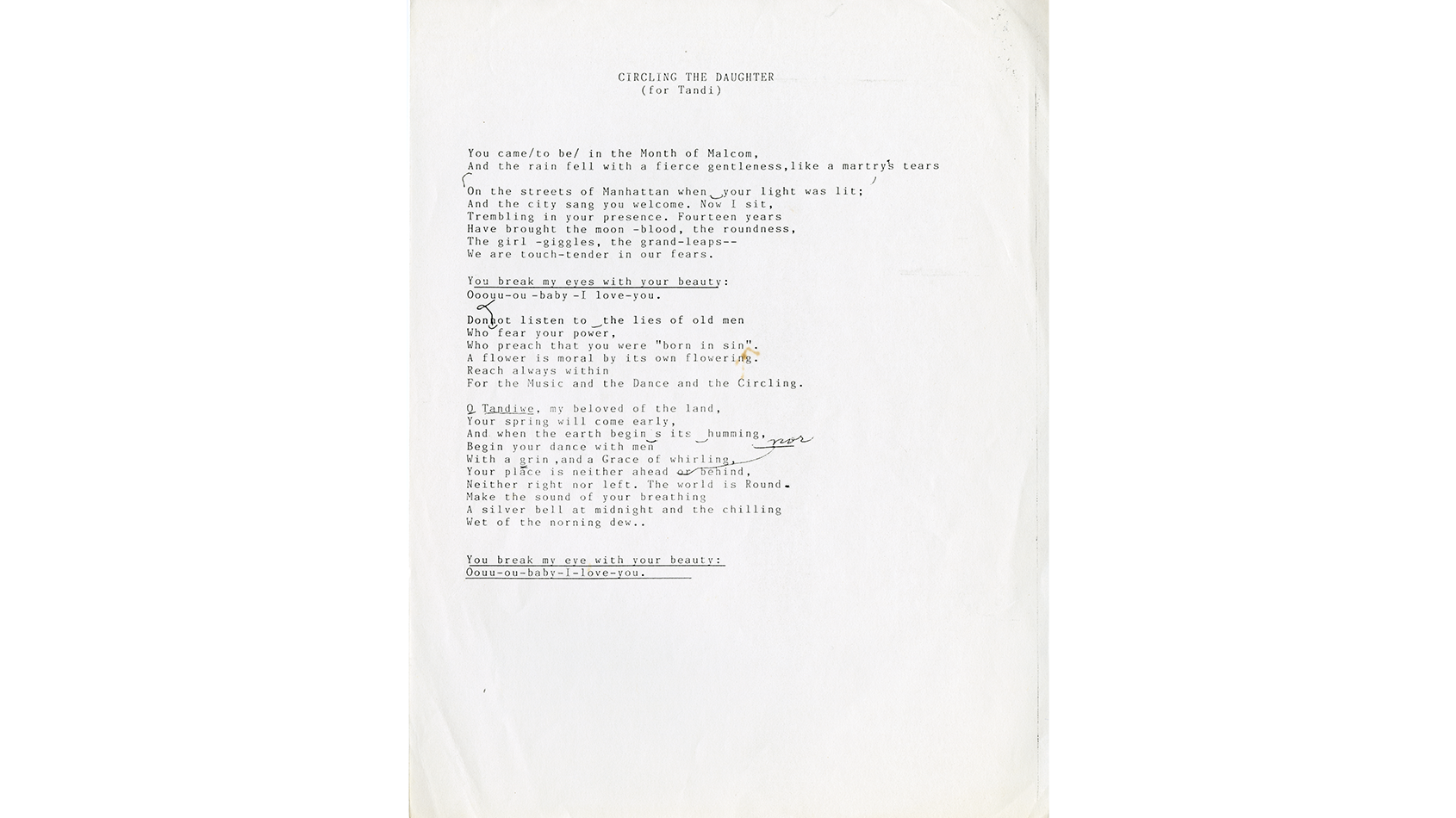 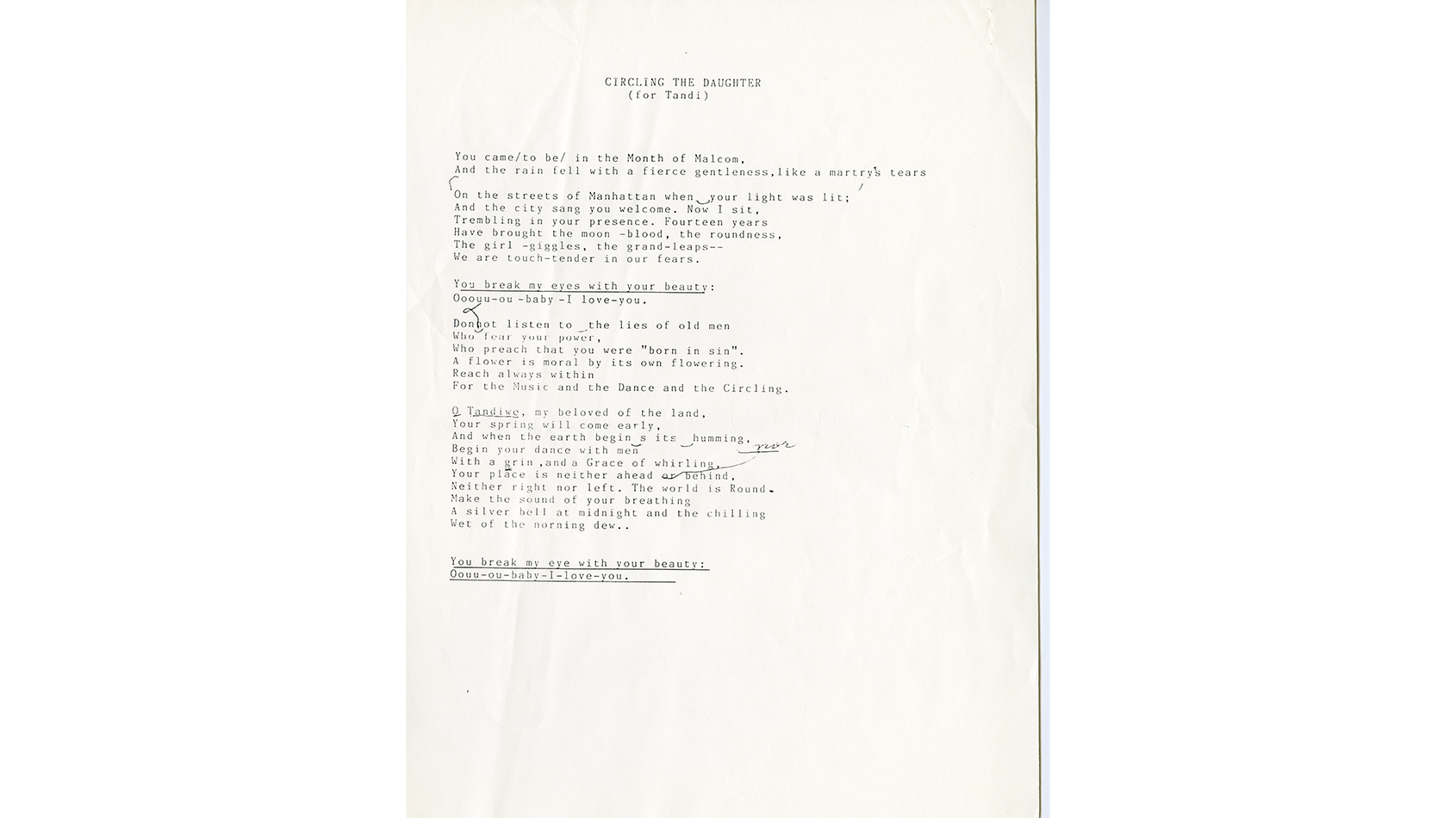 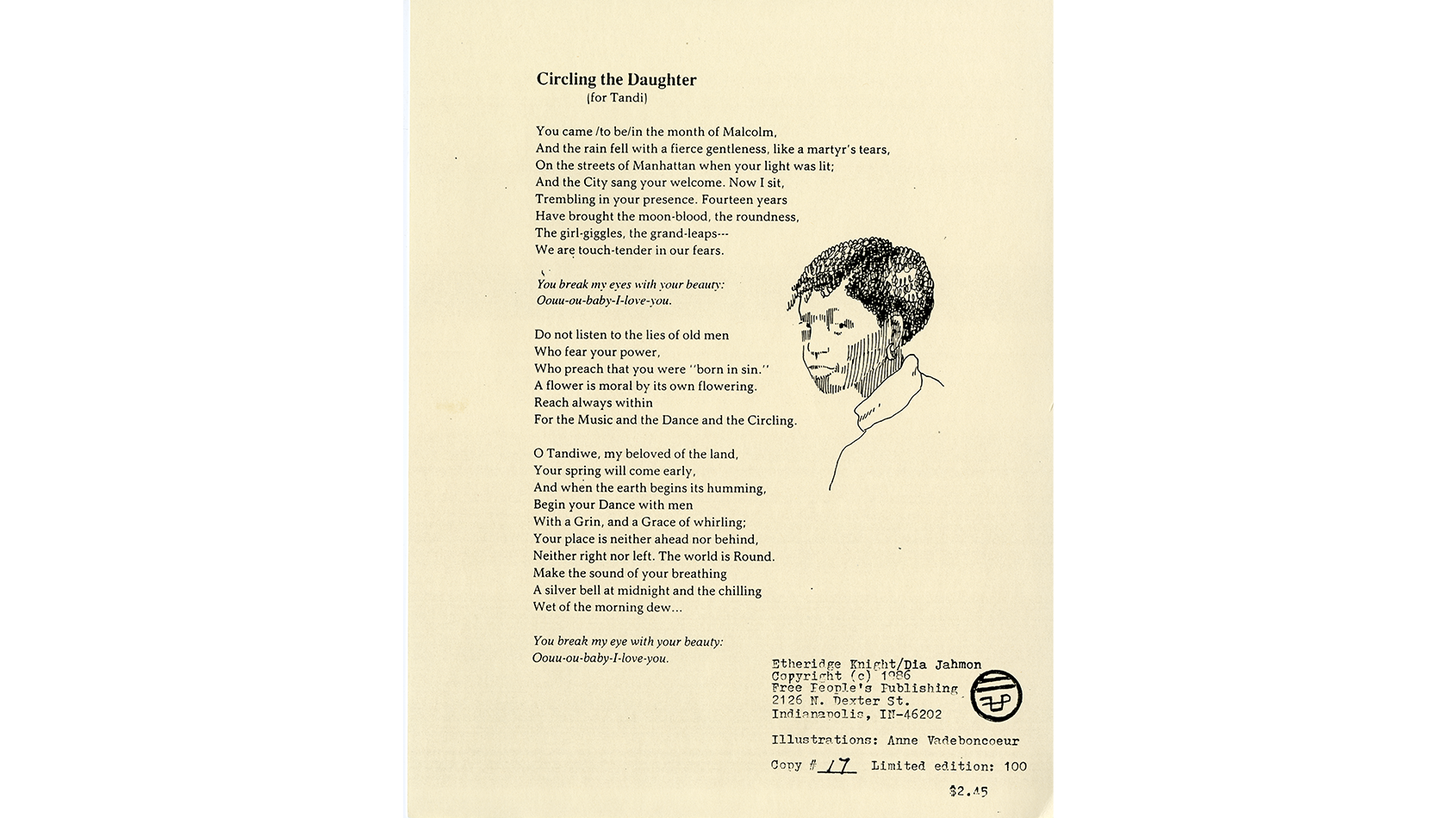 This look at the creative processs of Etheridge Knight shows his style of editing in his poem, “Circling the Daughter”. Changes made from one version to the next alter the meaning and take the work from its rough draft to the final publication form.

In an interview with Nancy Bunge, Knight describes his process as critique based, saying “When I put a poem out, I expect the responses and the criticism because what you’re dealing with is so intangible, [you] can’t get to it in that first creative impulse. When you’re dealing with feelings, you fool around and bob and weave… I might be operating from this passion, but I haven’t said it clearly the first or second time I’m working with it.” Knight was praised for his interpreations of those feelings to describe his experiences with his family, the prison system, Black life in America, and politics.