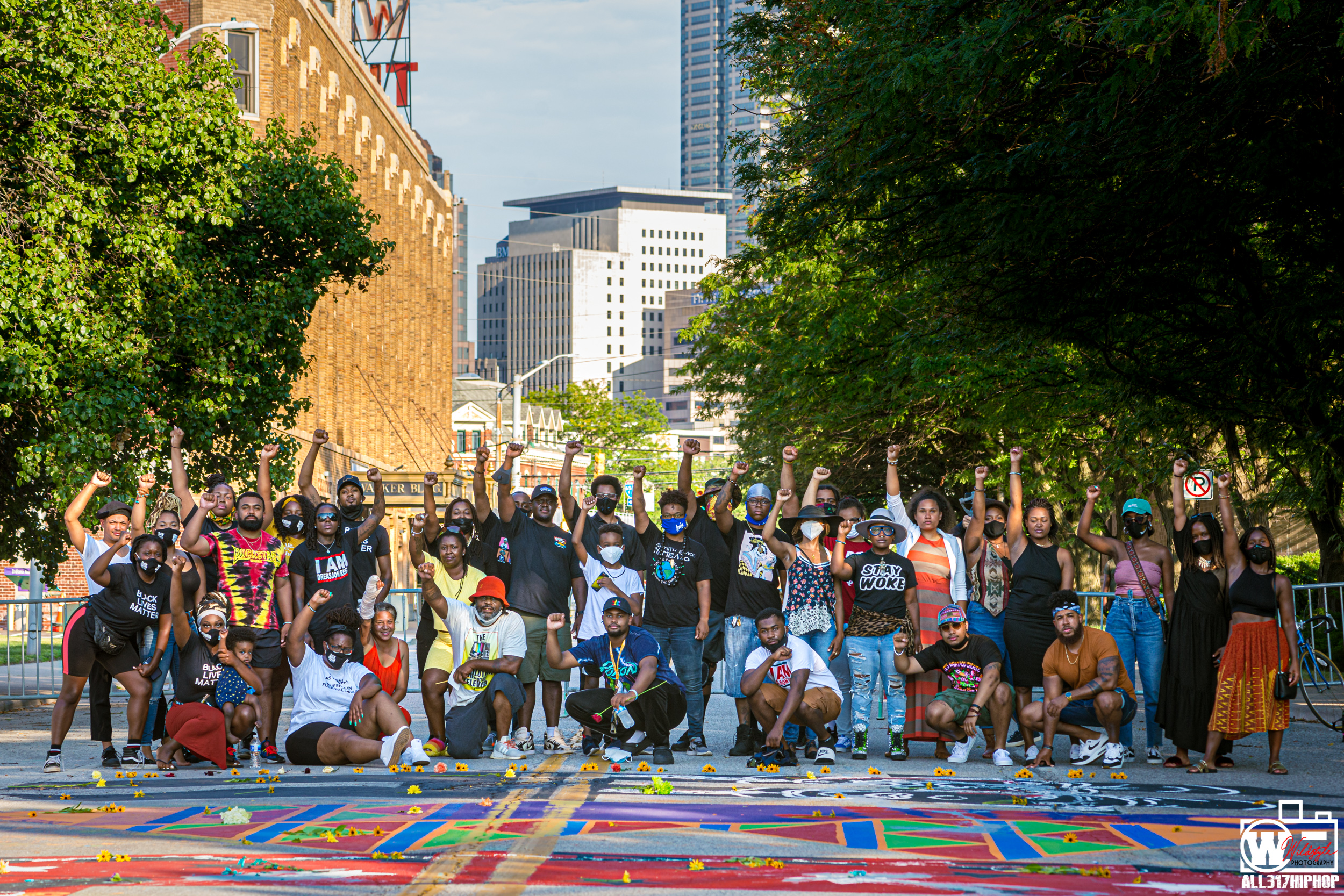 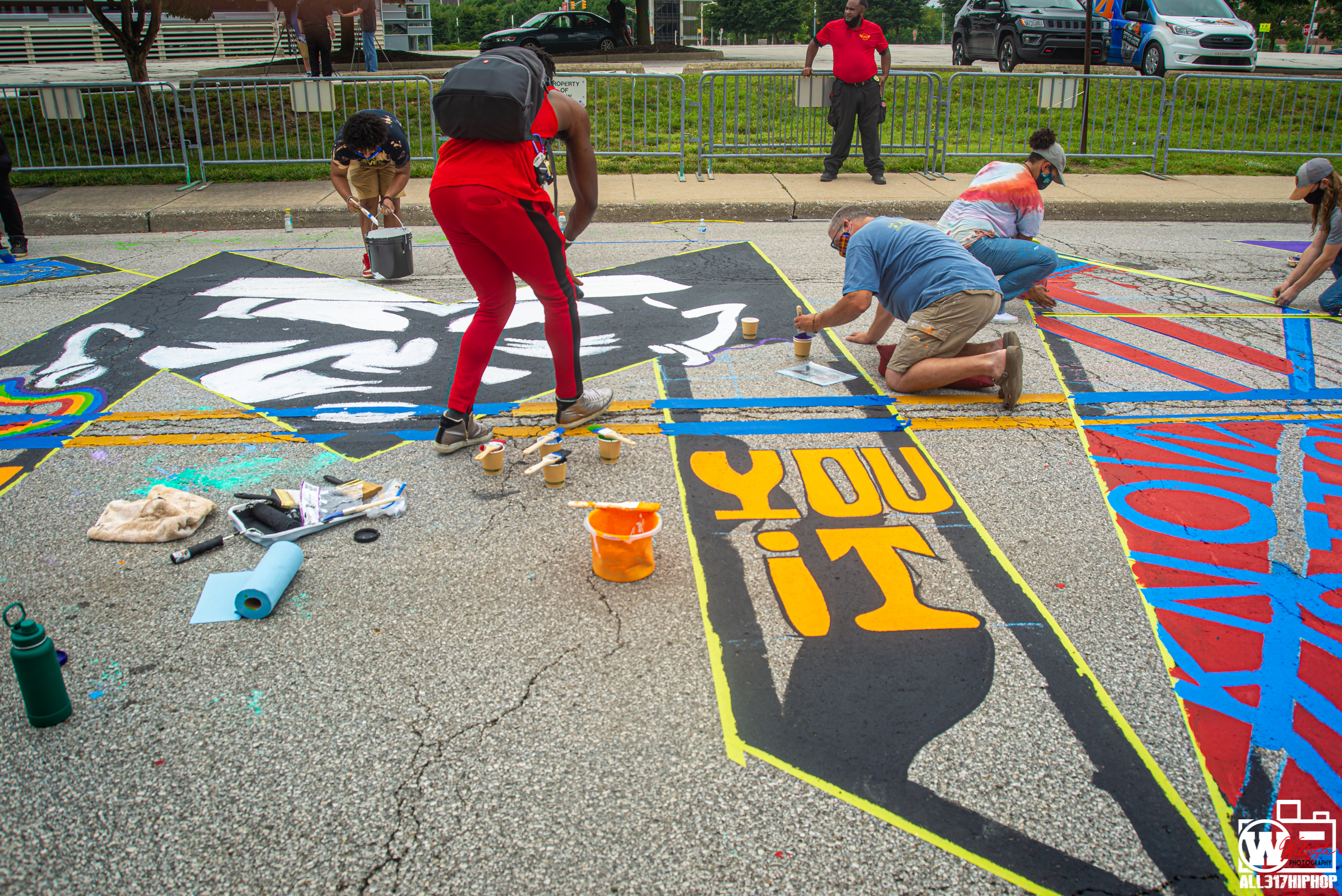 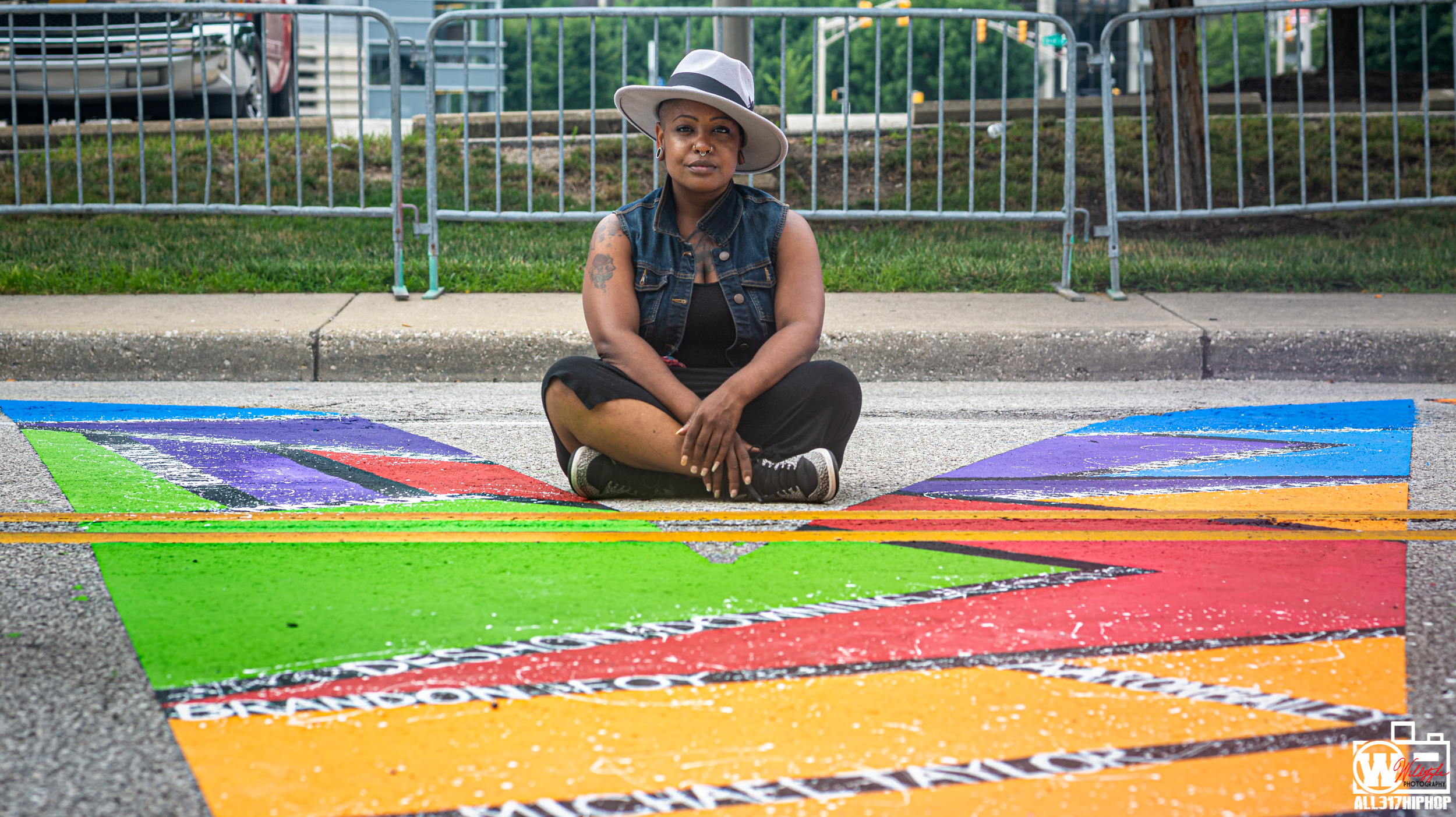 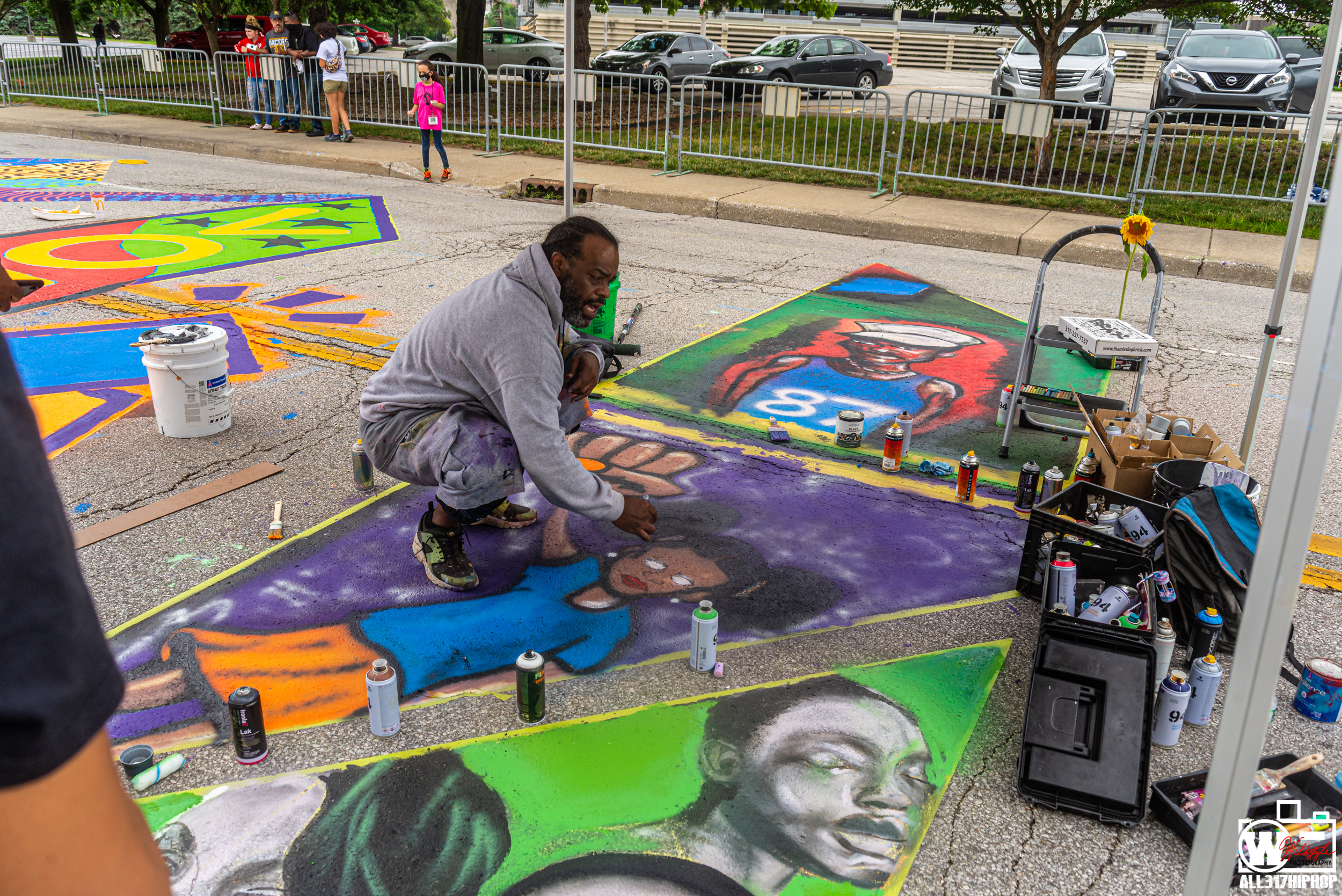 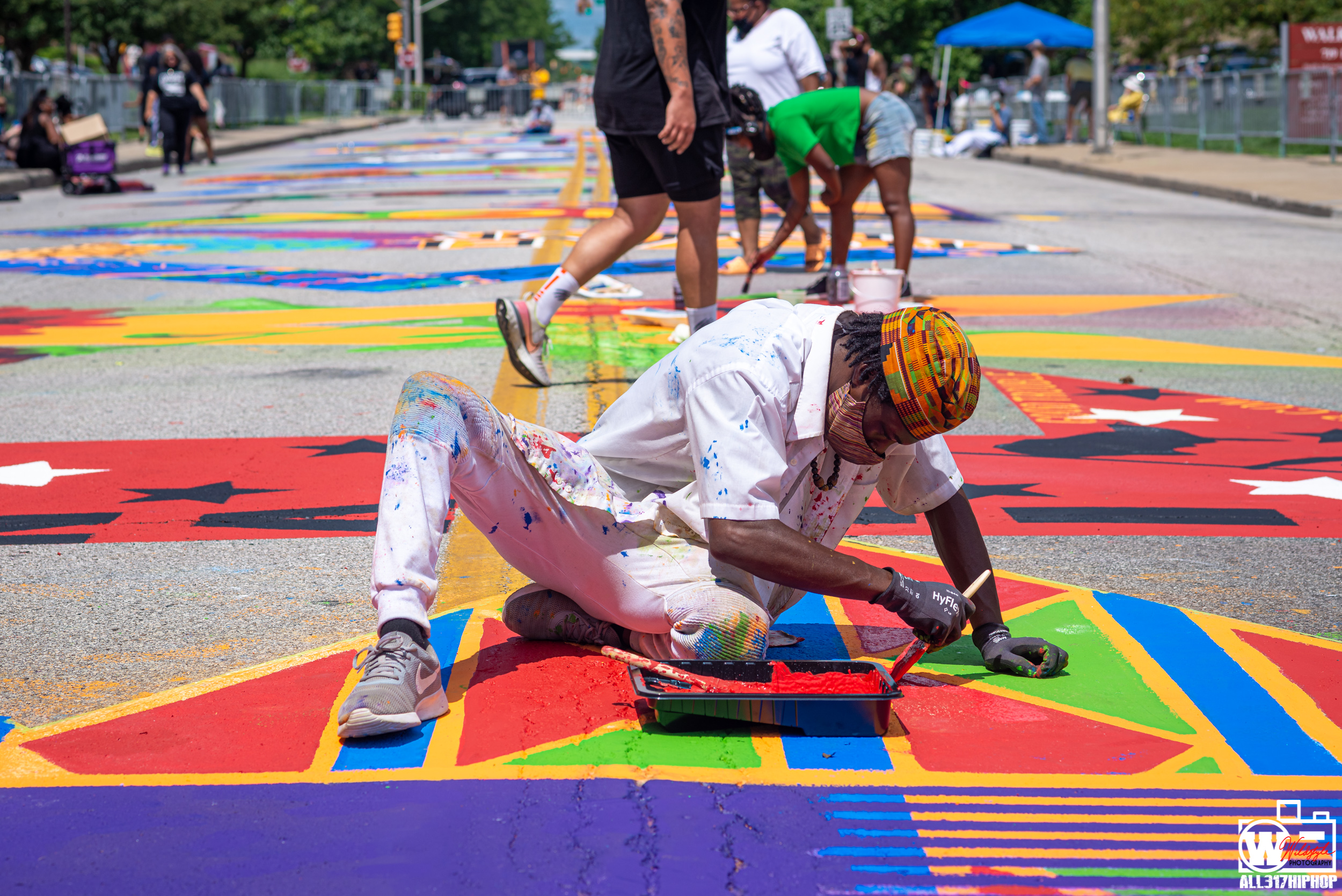 On June 5, 2020, artists and activists in Washington D.C. painted the first of many street murals stating ‘BLACK LIVES MATTER’ following the Memorial Day police killing of George Floyd in Minnesota. On August 1 of that same year, local Indianapolis artists joined to create a similar 150-foot mural on Indiana Avenue. The mural honors lives lost to police brutality not only that summer, but in the years leading up to and since the protests and marches of 2020. Though ex-officer Derek Chauvin was charged and fully convicted of 3 murder and manslaughter charges in April 2021, murals like this continue to call for accountability from police and justice for lives already lost to police brutality. Indiana Avenue is an apt canvas for this work, as much of the Black owned businesses and homes on the street were destroyed during the construction of the interstate and IUPUI’s campus. The design was composed by Israel Solomon, and artists who worked on it include Jarrod Dorter, Rebecca Robinson, Kevin West, Gary Gee, Wavy Blayne, Rae Parker, Nate Rhodes, Shane “FITZ” Young, and Billy Hoodoo.