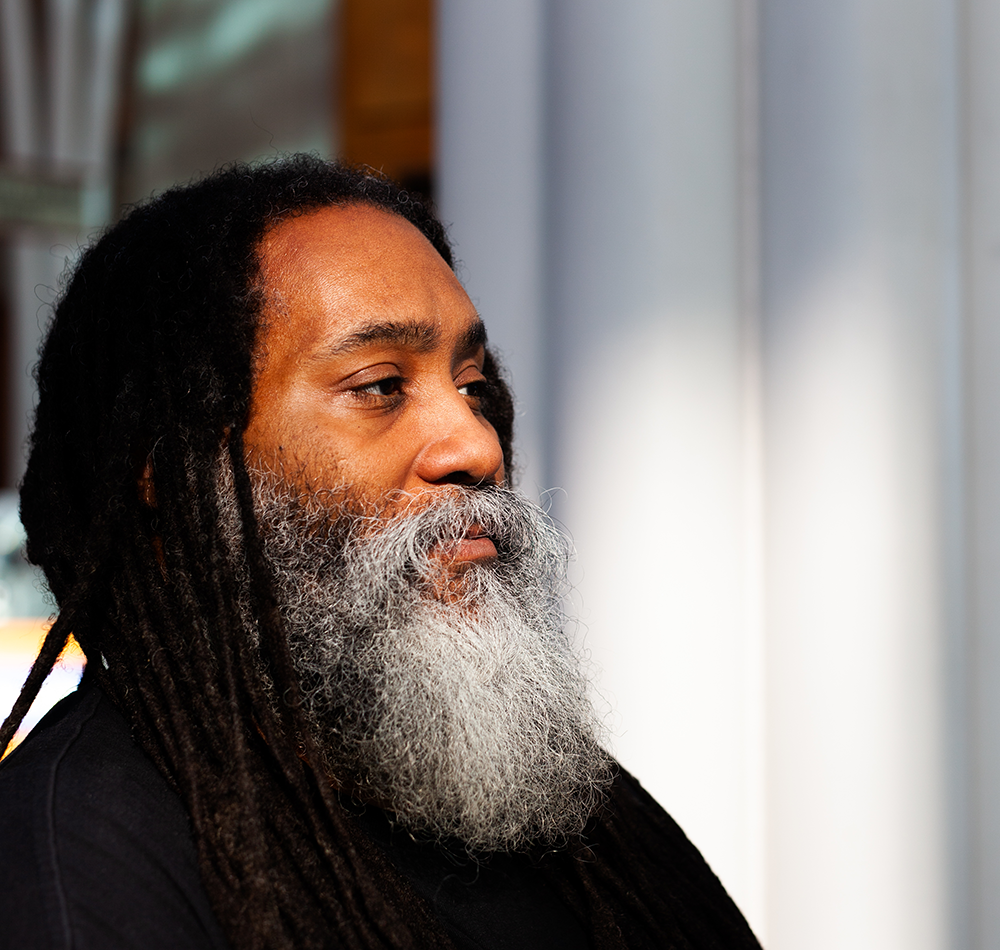 Known to his community as, “the Gentle Giant” and “the Mayor,” Maurice Young selflessly worked to advocate and be the voice for the homeless. Born on February 15, 1968, Young was an Indianapolis native and a Northwest High School graduate. For 20 years, he was a sports and entertainment consultant. Later in life, Young decided to remove himself completely from his environment and sought clarity and direction by checking into Wheeler Mission Homeless Shelter for men. During his stay in the Mission, Maurice found that he did not like how the homeless were being treated and decided to use his skill set to help his now peers.

Maurice Young was the homeless community’s advocate, friend, and voice during his time. When asked why he chose to be homeless, he was quoted to say, “He was watching out for the underdog, the disenfranchised and helping to influence policy for his homeless community”.

During his time as a resident of Irish Hill Encampment, Young created a monthly newsletter “The Voice,” to raise awareness about homelessness and provide information on community resources. He also provided sack lunches weekly at Central Library and helped to connect those in the community facing difficult times to local resources.  He also helped people sign up for health insurance, provided a mailing address to those without a permanent address to pick up their mail, and assisted in connecting individuals to free meals and cell phones. Young used his voice in the community to advance the needs of the unhoused and provide resources for those in need.